How to live like a Ladakhi and embrace the Buddha. 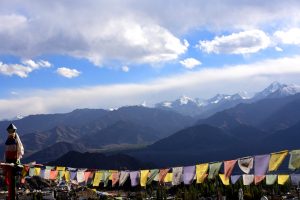 View across the Himalayas from Leh.

Ladakh is a unique, almost mystical land. Mostly Buddhist and partly Muslim, Ladakh is located in the Jammu and powder-keg Kashmir state of India, caught between China on one side and Pakistan on the other, yet somehow remaining a peaceful oasis, a world away from all of them.

This part of the Himalayan mountain range is a rocky, high altitude desert with hidden green valleys fed by coursing rivers. The tiny communities who live here have sustained themselves through farming this mountainous land for hundreds of years. Without the frenzied lure of Everest, the trails aren’t crowded and towards the end of the season trekkers are generally few and far between. There is less established infrastructure than say Nepal (there is no mountain rescue service for example), but enough for independent trekkers to easily get by, less government red tape and a more homely, guest-like experience when staying in the villages.

If you are looking for a Himalayan experience where it’s easy to go without a guide, with majestic scenery, remote but welcoming villages and without the crowds of Nepal, then trekking in Ladakh may be your next best adventure. 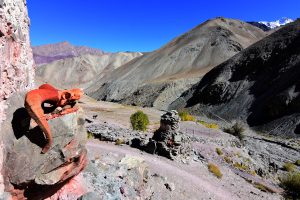 India or the Wild West? Sometimes hard to tell.

The Route (and two short-cut versions)

The Markha Valley is one of the most popular treks in Ladakh. For good reasons as it’s beautiful, there are villages almost all the way along the route and the start is conveniently close to Leh, Ladakh’s capital.

The classic route takes approximately 8 days and goes over two 5,000m mountain passes from Zhingchan to Shang Sumdo. If that’s too long, or too arduous, you can easily split the route in half and choose to do just one of the mountain passes. For a 3-4 day trek, start at Zingchen, go over the first high pass and then turn off the main route at Skyu to end in Chilling. Alternatively a 5 day version starts in Chilling, goes over only the second pass and ends in Shang Sumdo.

On the other hand, if you’re desperate for an even longer hike you can add an extra day at the beginning and one at the end by walking along the original route (Spituk bridge to Hemis) that has now been paved with a tarmack road at each end in the name of progress. This doesn’t sound too exciting, but as these are remote mountain roads the walk is still pretty dramatic. But yes, the temptation to take a car will be too much for most (and if I did it again I would have skipped the walk to Zhingchan as unnecessarily exhausting). 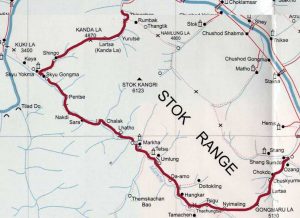